After leaving Suwanee, my intent was to reach Eco Fina State Park and meet Doug Alderson. However, high winds caused me to change our meeting to Steinhatchee. This allowed me to camp two nights at the beautiful Sink Creek campsite. It was very relaxing back there except for the occasional airboat. The view was spectacular! 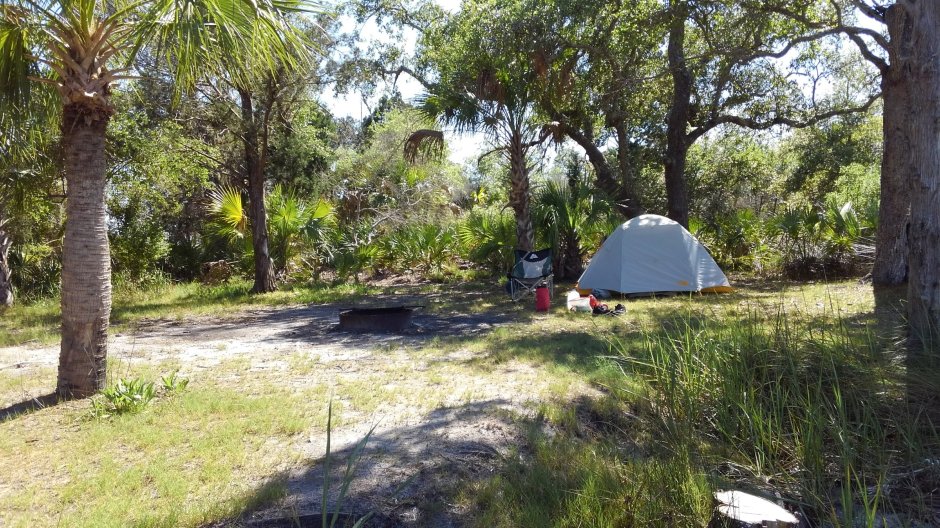 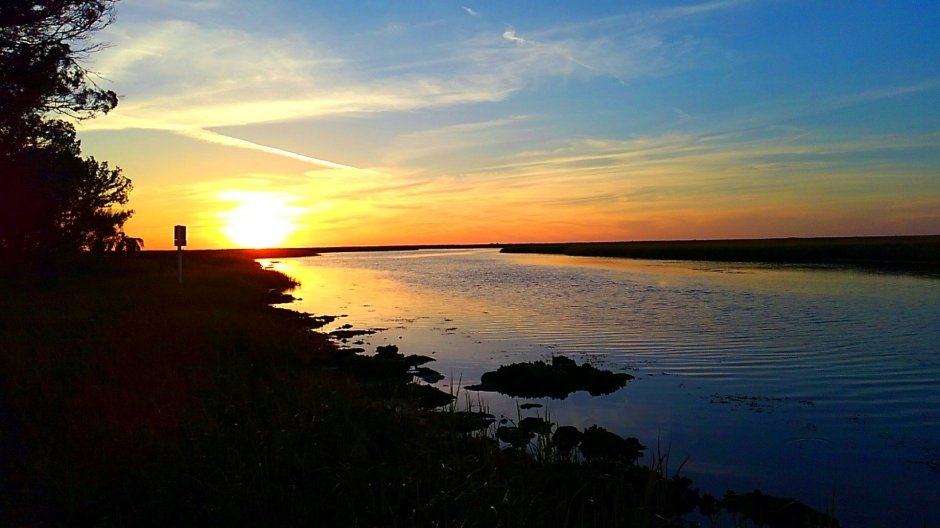 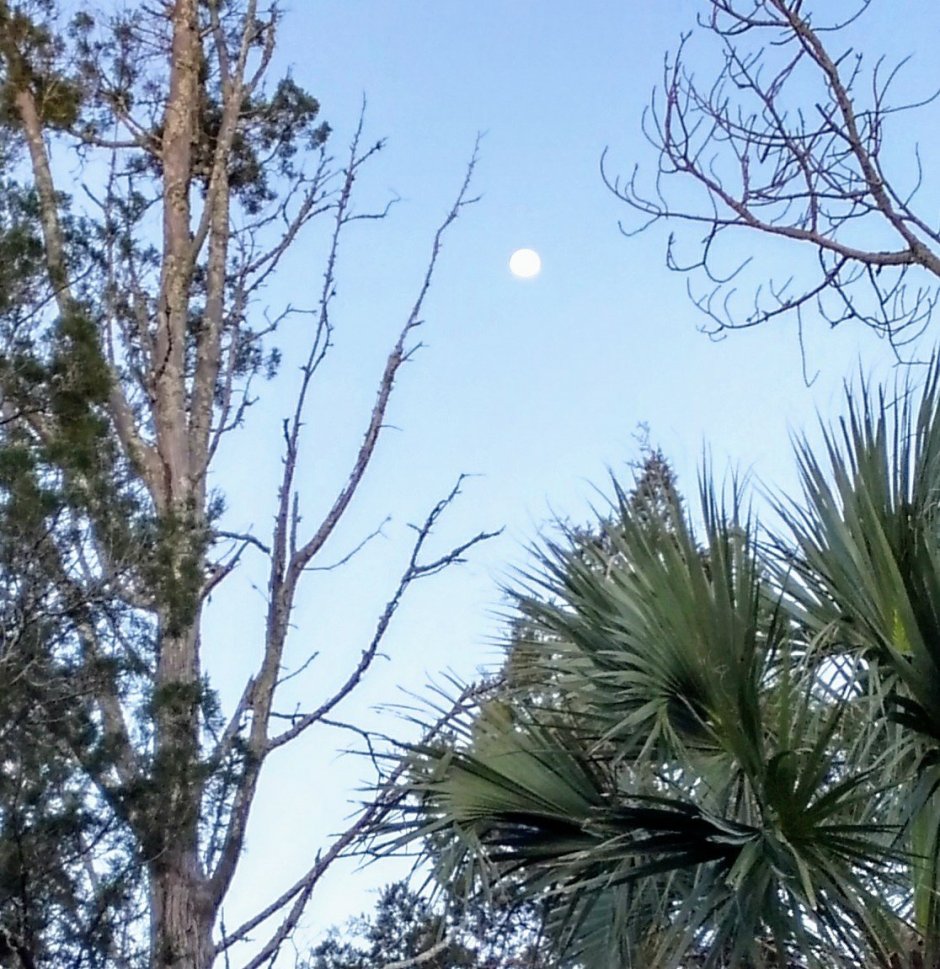 Doug was supposed to pick me up Friday, April 19 so I paddled to Steinhatchee on Thursday. I had a nice tailwind and made it there quickly. I had called around town for a motel but everything was booked. There was a small island at the mouth of the river that was suitable for camping so I was set. However, I really wanted to go into town for a burger. As I approached the Steinhatchee River, the waves started growing. They had become 3ft at this point. I decided camping on that island may be a bad idea so I called Good Times Marina and Motel to see if they had a room available. Bingo! They had two! After checking in I find out why there was suddenly rooms available. A massive storm was approaching with very high winds and the water levels were going to be 2-4ft above normal! I was so glad I didn’t setup camp on that island. Everyone at the marina was extremely friendly and they all knew about the Florida Circumnavigational Saltwater Paddling Trail. I was impressed! So I cleaned up and stuffed myself with food and beer. 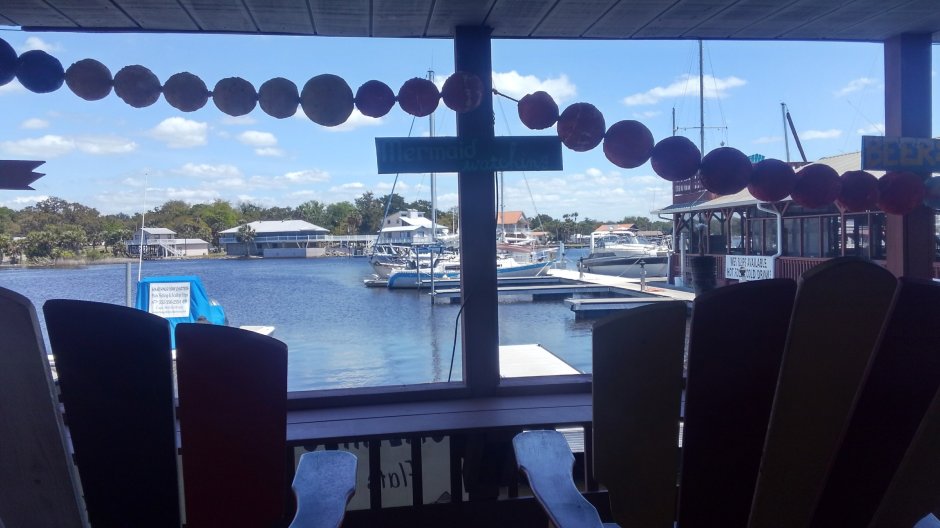 Friday morning as Doug arrived, the storm hit. We loaded up my kayak as fast as possible but still got drenched. Once we got on the highway, 60 mph straightline winds hit. Suddenly tree limbs were being ripped from the tree and thrown into the road in front us. We managed to avoid to largest ones and soon got ahead of the storm. We safely arrived at Tomoka State Park a few hours later. The storm finally reached us on the east coast but it wasn’t as intense.

The Florida CT reunion was a blast! I got to finally meet many of the people I had only contacted through social media. I saw a couple of old friends and made many new friends. It was a wonderful experience and I can’t wait to do it again next year!! 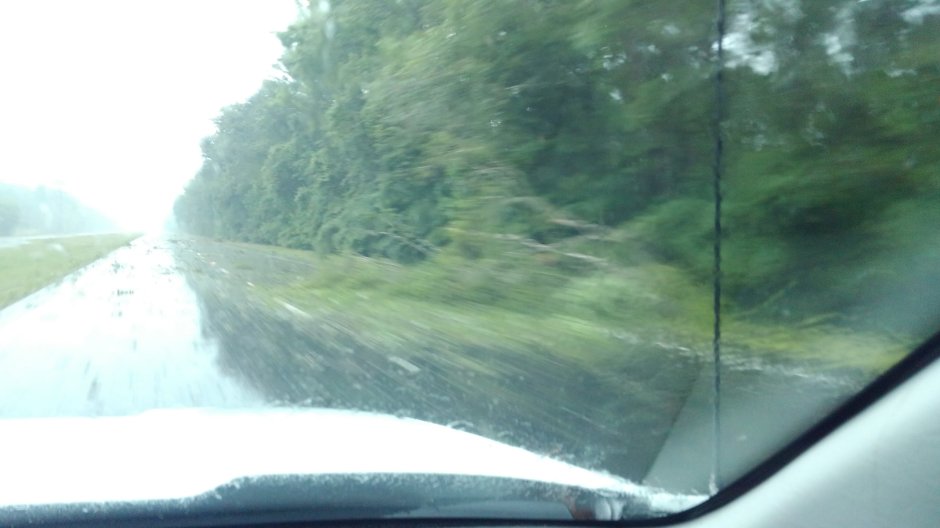 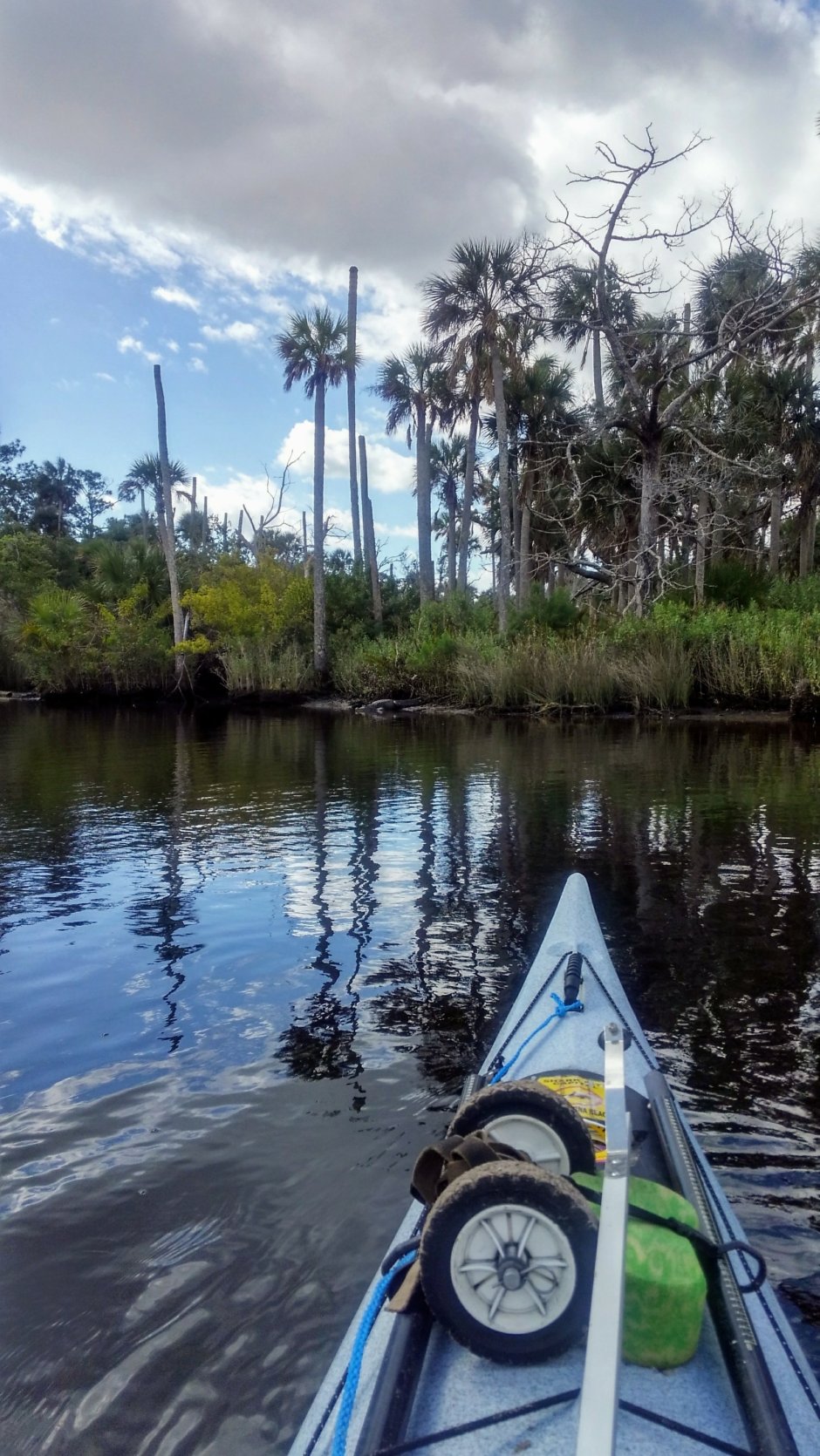 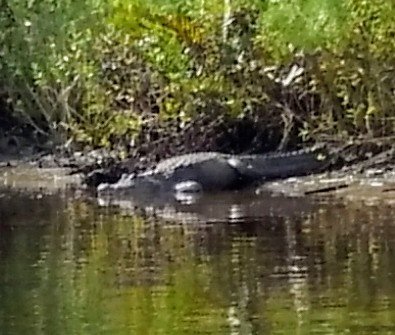 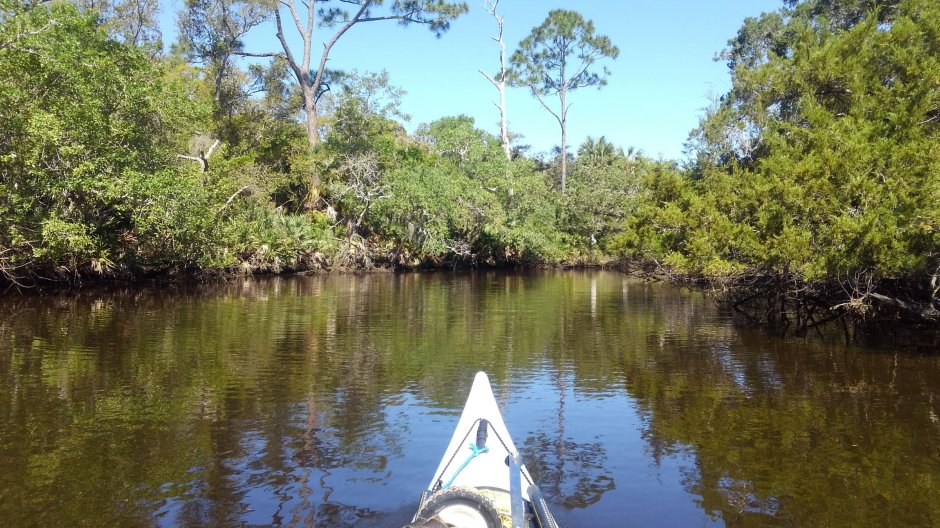 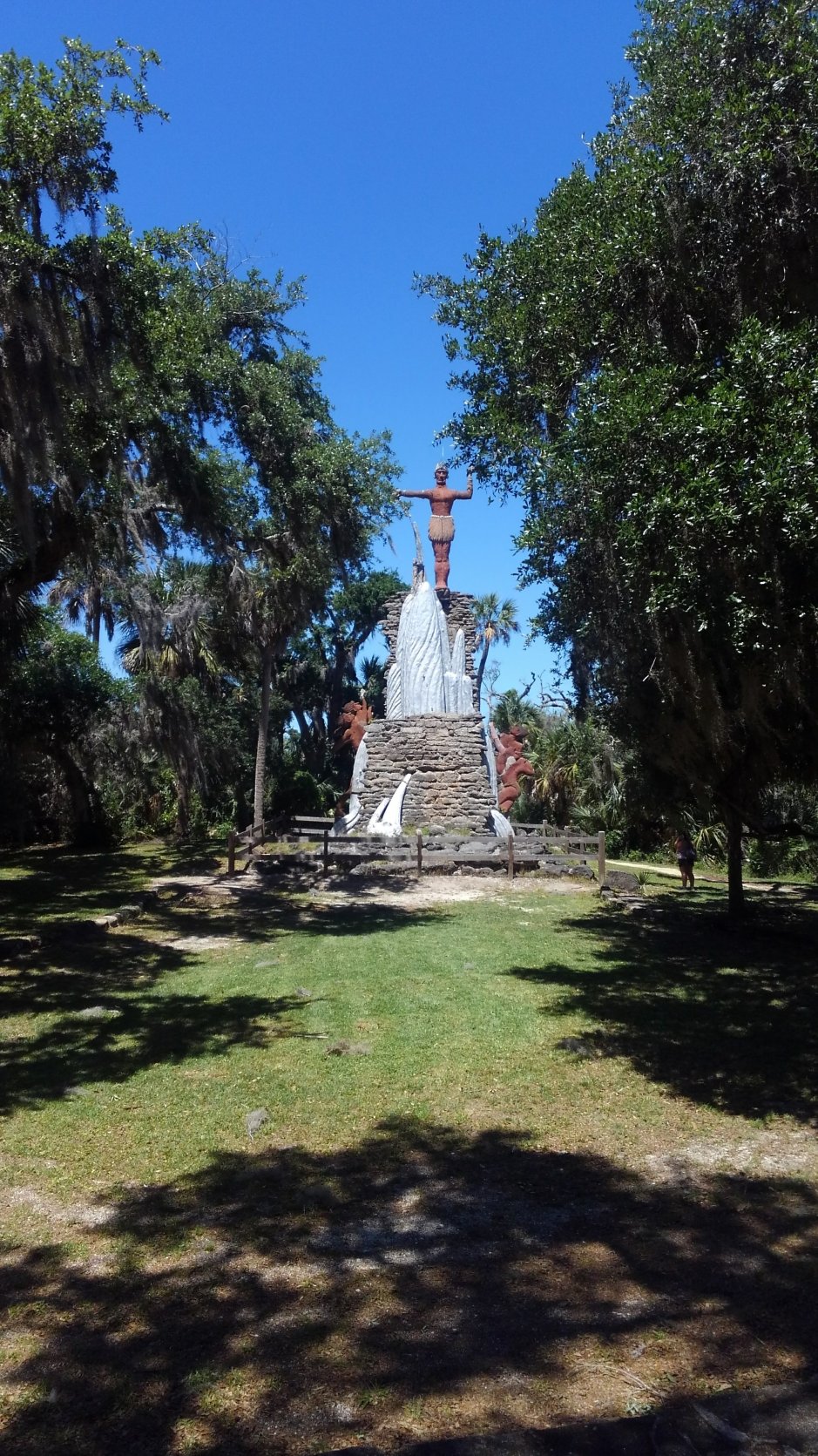 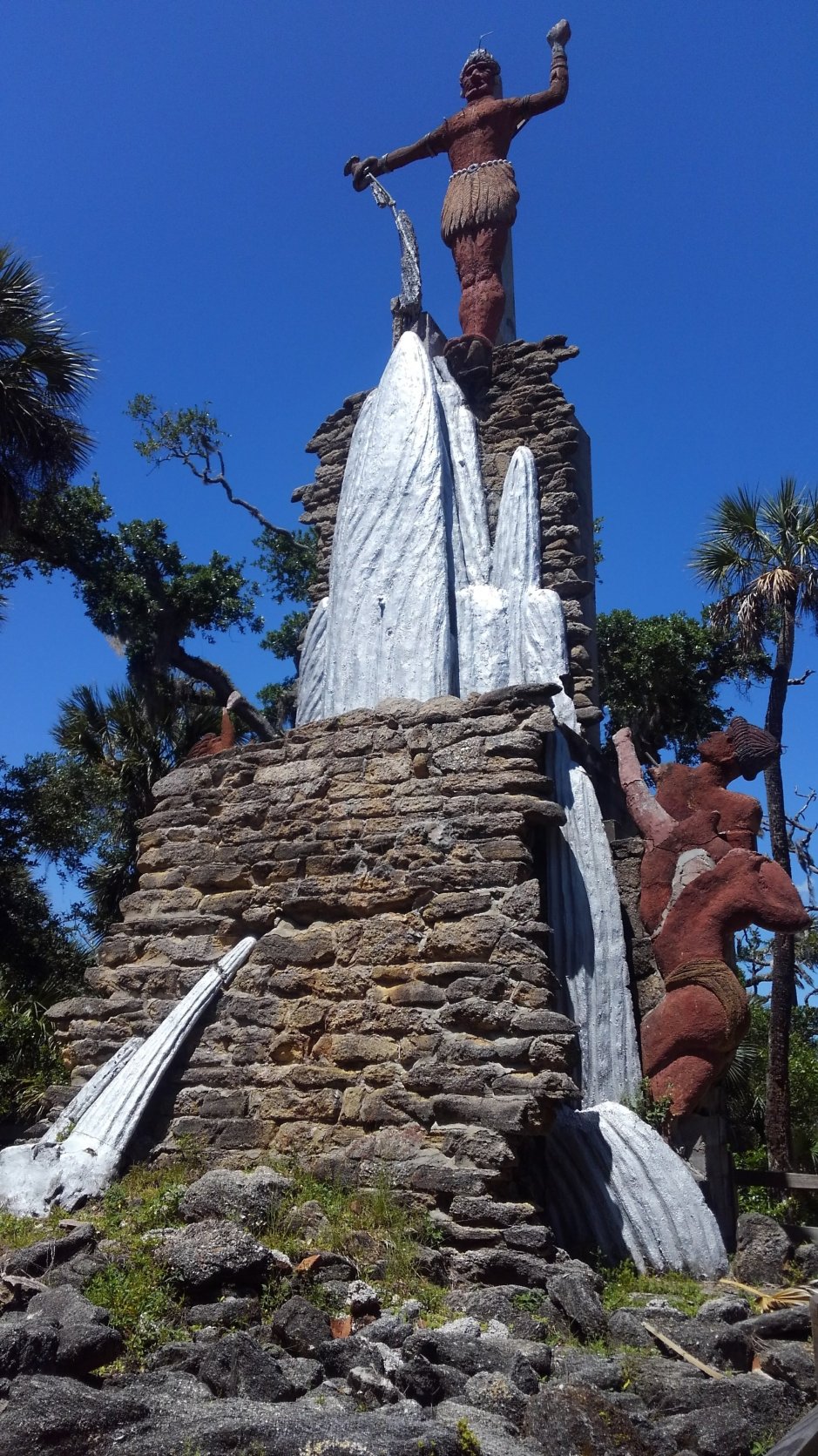 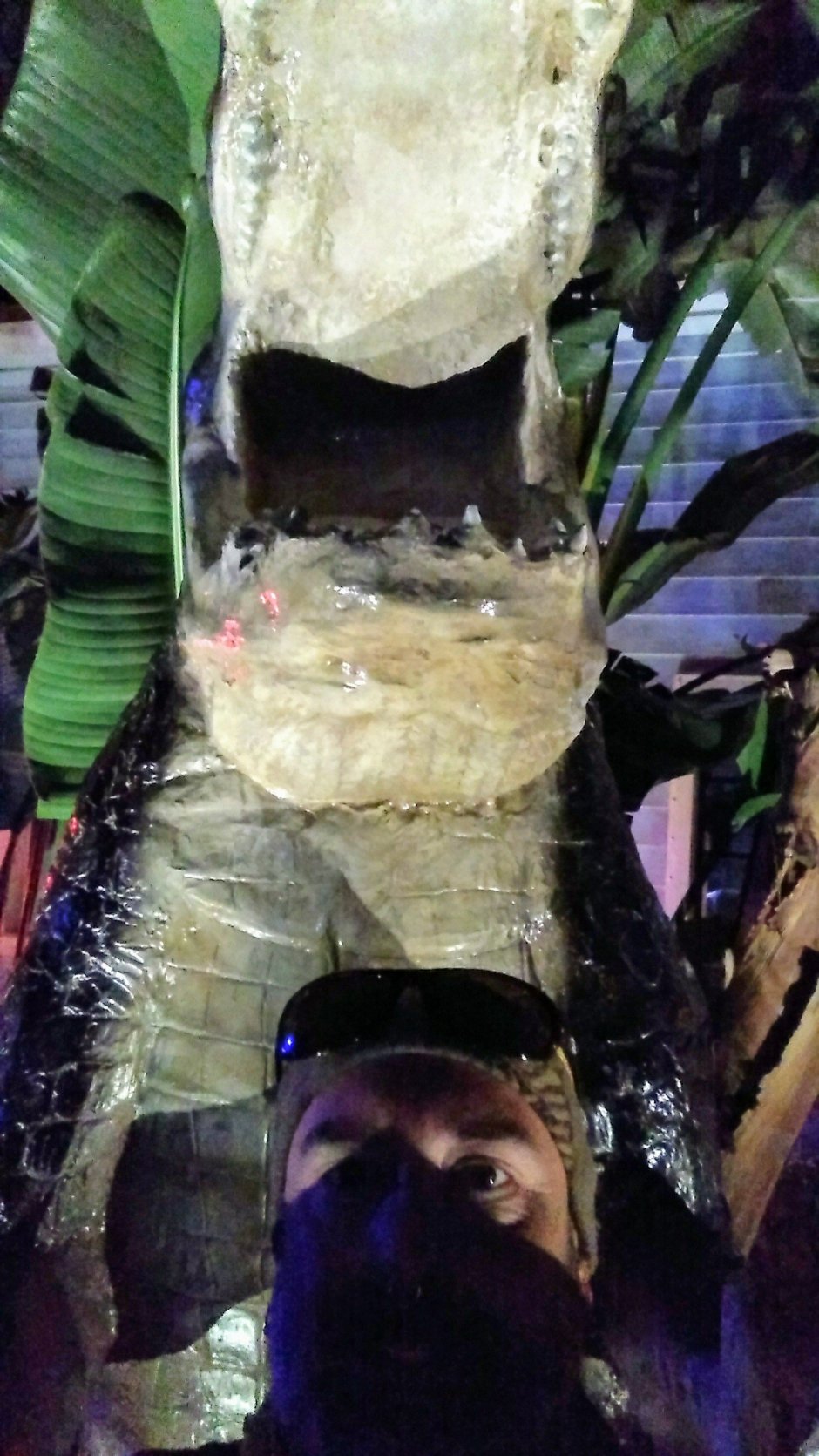 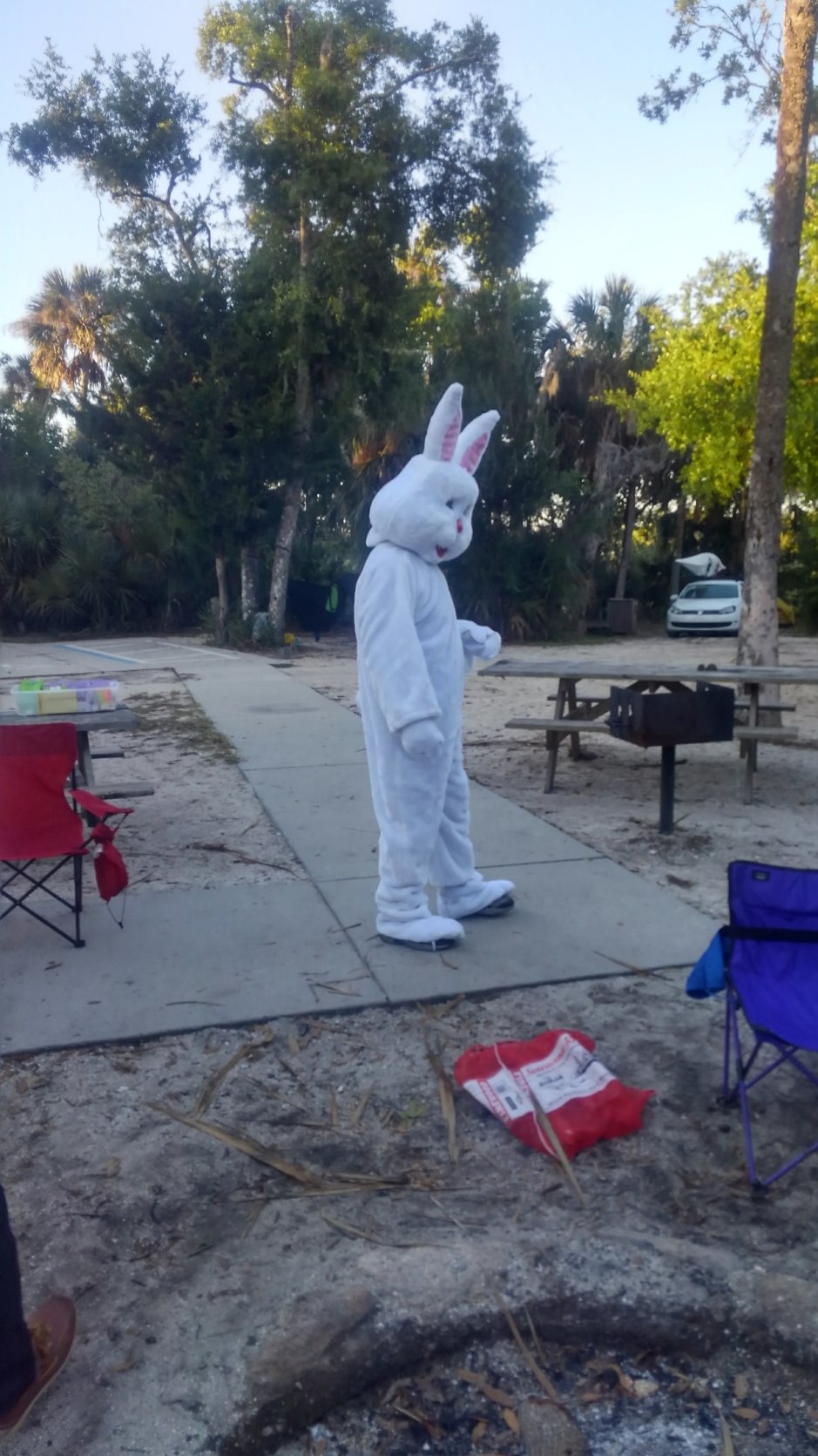 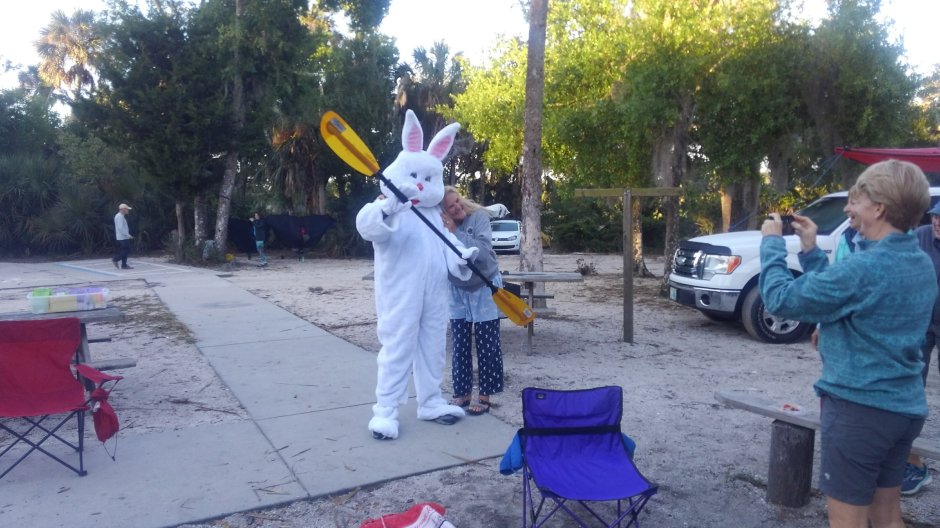 Sunday we packed up said our farewells and headed back to Steinhatchee. Since I we made it back around noon, I had plenty of time to paddle 8 miles to Dallus Creek. This morning I packed up and started paddling to Sponge Point and had some very large company. I noticed something flashing on the water. As I got closer I realized there was a very tall dorsal fin in front of the flash! I slowly approached and it started moving. This shark was at least 8-10 feet long. It would occasionally disappear and the surface again. I tried getting closer but he wasn’t having any of it so my video wasn’t that great.

A short distance later, I encountered another large shark in the shallows. This one turned towards me got pretty close but I couldn’t clearly see it either. I’m thinking they were bull sharks.

I can’t wait to see what tomorrow holds for me!!